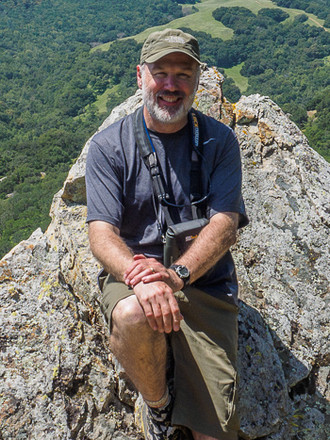 Scott Hein is a freelance nature and conservation photographer whose passion is photographing the native plants, wildlife, and landscapes of the American West. Although his explorations have taken him from Alaska to Antarctica, the wild lands and parks surrounding Mount Diablo near his home in Northern California remain his favorite photo locations. He strives to be a naturalist first and a photographer second, and believes that the best way to become a better nature photographer is by improving your knowledge of natural history.

Scott’s images are used by a number of non-profit conservation and environmental organizations to support their conservation and land preservation efforts. He currently serves on the Board of Directors of Save Mount Diablo, a land conservation organization based in Walnut Creek, California. Scott received Diablo Magazine’s Threads of Hope award in 2007 in recognition of his volunteer efforts supporting land conservation.
Copyright © 2022, Scott J. Hein. All rights reserved.
User Agreement
Cancel
Continue