Until a few years ago, the diminutive Mount Diablo Buckwheat wildflower (Eriogonum truncatum) was thought to be extinct.  It had last been seen in 1936 by botanist and co-founder of Save Mount Diablo, Dr. Mary Bowerman, but hadn't been observed for the subsequent 69 years.  Then in 2005 graduate student, Michael Park, discovered a small population of approximately 20 plants in Mount Diablo State Park.  For the next 11 years, efforts to find additional populations in similar habitat were unsuccessful.  In the spring of 2016 while performing a survey in the East Bay Regional Park District's Black Diamond Mines Regional Preserve, botanists Heath Bartosh and Brian Peterson noticed a steep hillside covered in pink.  It turned out to be a second population of the Mount Diablo Buckwheat.  The habitat was very different than the original site, and instead of 20 plants, they estimated 1.8 million plants present in this new location!  I had the good fortune to photograph some of the plants in this new population - click the image below to view a small gallery. 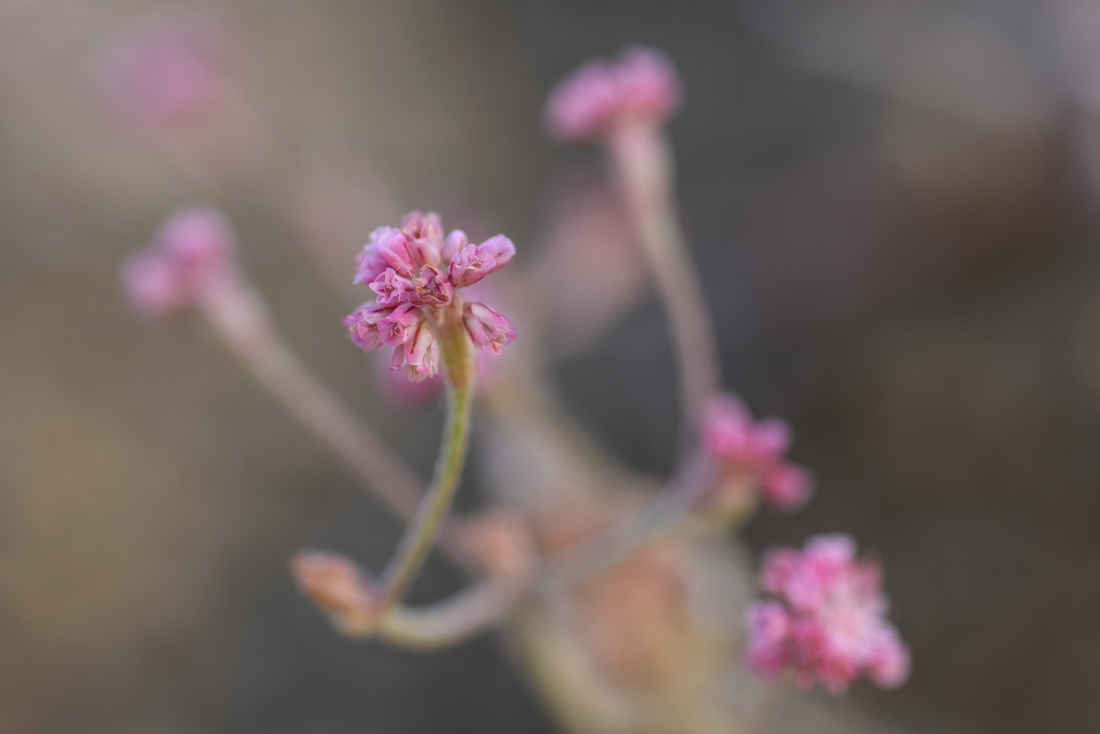